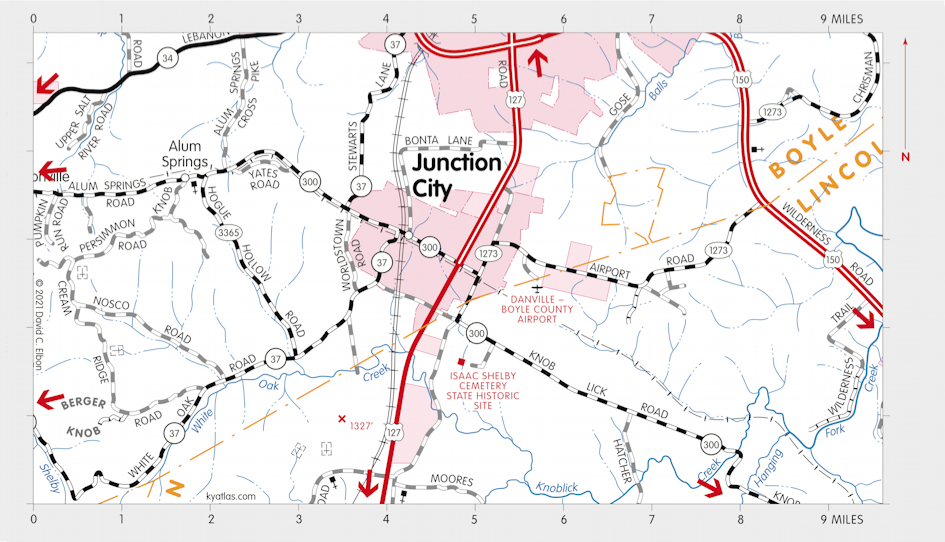 Junction City is a Boyle county city on the boundary with Lincoln county just south of Danville. The town began when the Louisville and Nashville Railroad reached the area and was originally known as Goresburgh for the proprietors of the hotel. Junction City was incorporated in 1882. The Gore post office opened in 1880, was renamed Goresburgh in 1882, and then immediately renamed Junction City, as the Cincinnati Southern Railroad had reached town. The Louisville and Nashville station there was known as Danville Junction. The population in 2010 was 2,241.

The southeastern part of Junction City was once the separate town of Shelby City, named to honor Isaac Shelby, who lived nearby. A South Danville post office opened there in 1866, was renamed Shelby City in 1867, and closed in 1926. The L&N station in the town was known as Danville Station and the town was also known as Briartown.