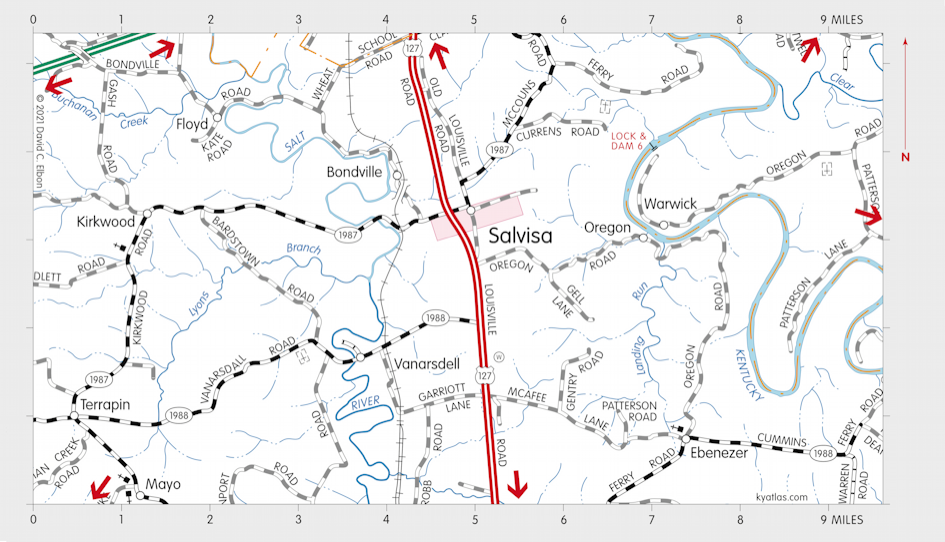 Oregon is a Mercer county community on the Kentucky River about five miles northeast of Harrodsburg. Nearby was Harrod's Landing, established by James Harrod who settled at Harrodsburg in 1774. A town of Warwick was chartered near Harrod's Landing by the Commonwealth of Virginia in 1787 and it became an important Kentucky River port. By 1847 the town was known as Oregon. The origins of the names Oregon and Warwick are uncertain. Warwick may be from the now defunct Virginia county or the English town, but Oregon is more obscure with various French, Spanish, and Native American sources proposed. A Warwick post office operated in the town from 1889 until 1891 and then at various locations on the Woodford county side of the river from 1902 until 1912.

Near Oregon is the circa 1809 Moses Jones house, now maintained by the Warwick Foundation.