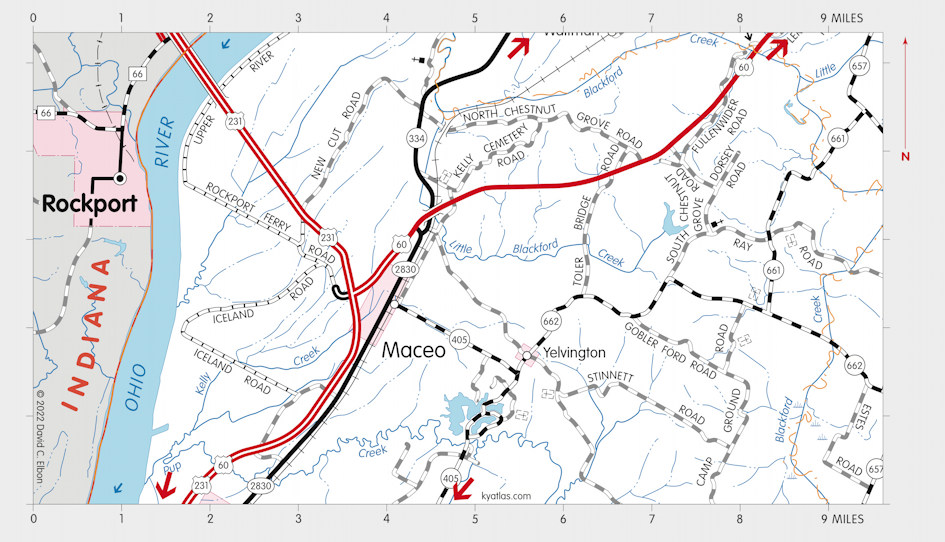 Maceo is a northeastern Daviess county town about eight miles northeast of Owensboro near US 60 and the Ohio River. It was settled after the Civil War by freed slaves and in about 1890 became the site of a station on the Louisville Henderson and Saint Louis Railroad, which laid out the town. (There may have been an earlier settlement on the site named Rosebud.) The railroad named it Powers Station for J.D. Powers, a company officer, but it 1897 it was renamed Maceo to honor Alonzo or Antonio Maceo, who had been killed in the Cuban war. The Powers Station post office opened about 1890 and was renamed Maceo in 1897. The population in 2010 was 413.