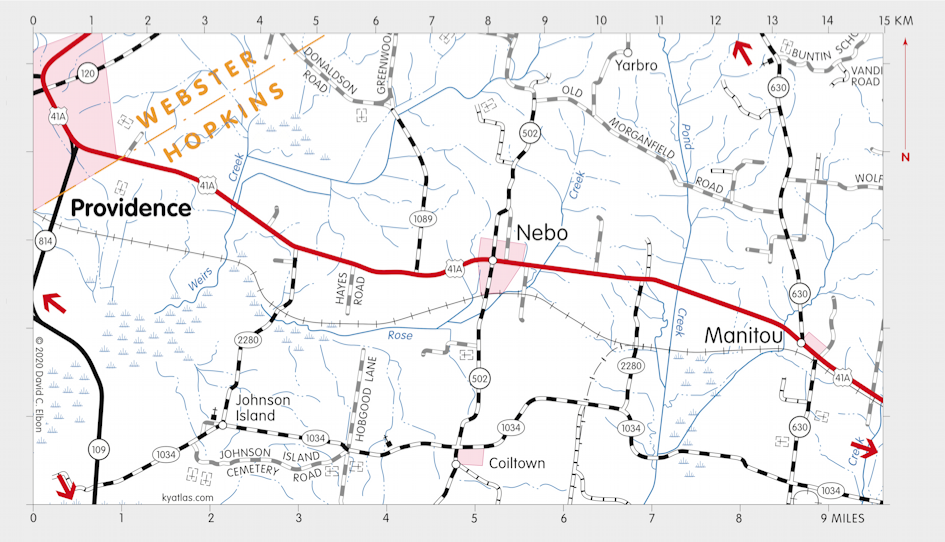 Manitou is a Hopkins county city about two miles northwest of Madisonville. It was early noted for its sulphur and salt springs. The site may have been named Tywhopit originally, a name said to be of Native American origin. It was known by the late eighteenth century as Steubens Lick, named for an early settler or land owner. There are various stories regarding its current name, but it may have been named for Manitou Springs, Colorado, which has similar mineral springs. A Steuben Lick post office operated in 1878 and 1879. The Manitou post office opened in 1882. The population of the Manitou census designated place in 2010 was 181.