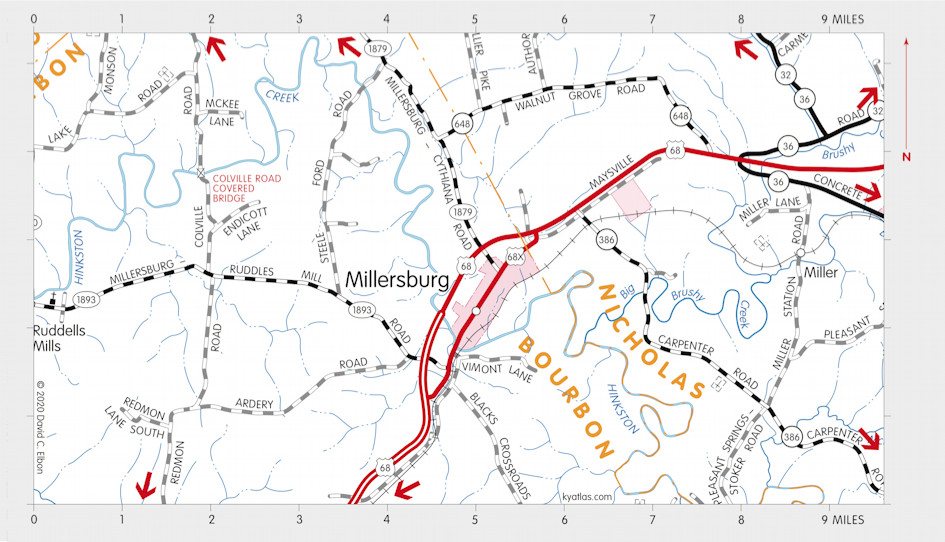 Millersburg is a Bourbon county city on Hinkston Creek about nine miles northeast of Paris. It was named for John Miller, who founded the town on his farm in 1798. He had first settled just northeast of the present town on what was known as Miller's Station in 1784. In the nineteenth century Millersburg was home to several mills and distilleries. Millersburg was chartered in 1817 and incorporated in 1874. The post office opened in 1804 as Millersburgh, changing to Millersburg in 1893. The population in 2010 was 792.

The Millersburg Military Institute was established in 1893 and used the former campus of Kentucky Wesleyan. MMI closed in 2006. The campus was purchased by U.S. Army Cadet Corps, another private military school, in 2008 and used as its headquarters and as the Forest Hill Military Academy starting in 2012. It closed in 2014. 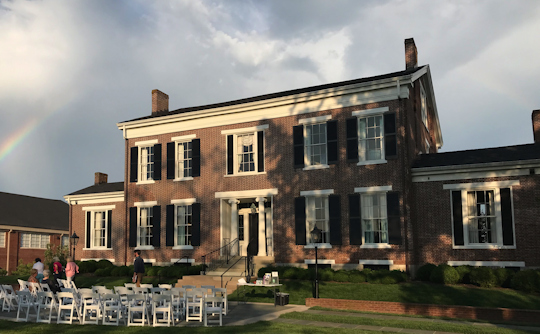 The circa 1852 Allen House at Mustard Seed Hill in Millersburg.

The campus was purchased by the non-profit Community Ventures in 2016. They have been renovating buildings and they now operate it as Mustard Seed Hill, which includes event space and other uses.