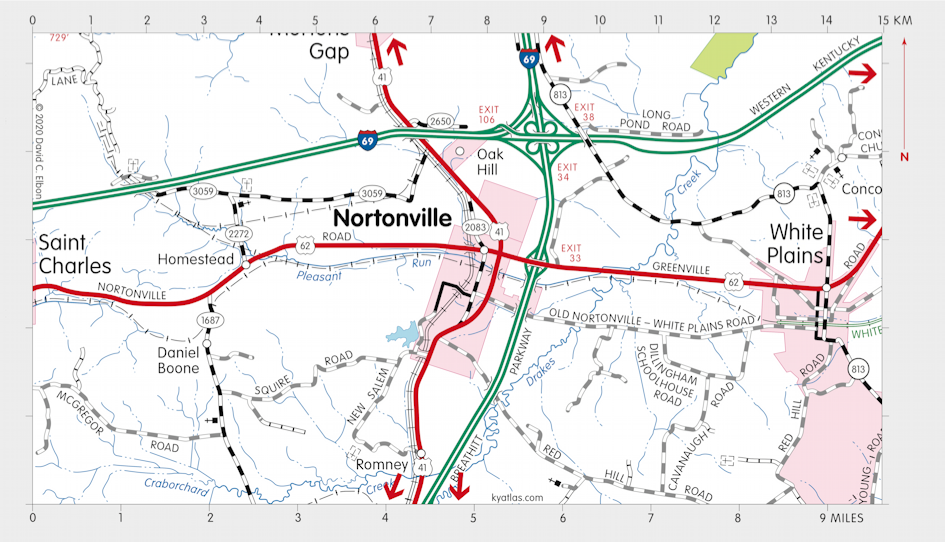 Nortonville is a Hopkins county city on US 41 and US 62 about seven miles south of Madisonville. It was established by W.E. Norton in 1866 to take advantage of the Louisville and Nashville Railroad and Illinois Central Railroad, which were coming to the area and crossed in town. (The Illinois Central line was abandoned in the late twentieth century.) The town was originally known as Norton, then Norton Village, and finally Nortonville. Norton was incorporated in 1873, but later changed to Nortonville. The Norton post office opened in 1871. The population in 2010 was 1,204.