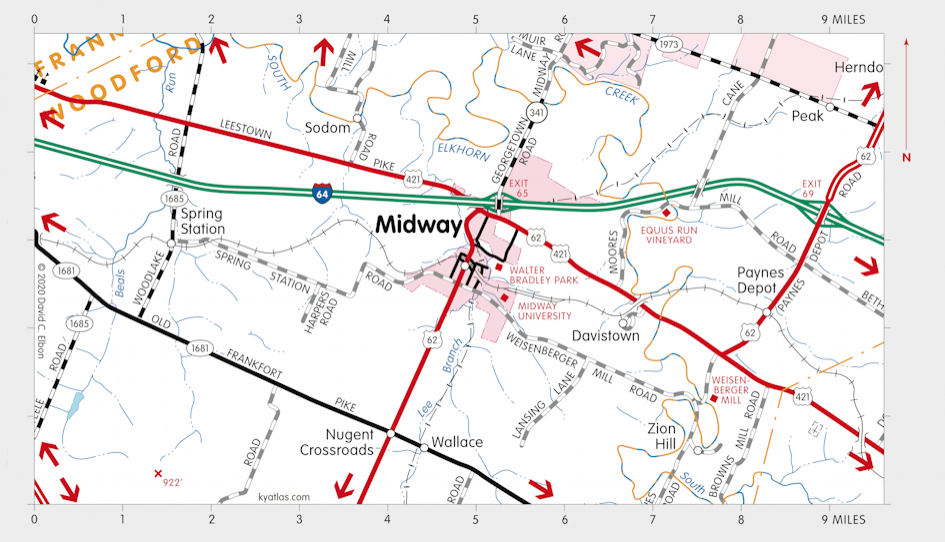 Nugent Crossroads was a Woodford county community on the Old Frankfort Pike between Lexington and Frankfort. John Lee opened a tavern on the road near the end of the eighteenth century and the community became known as Leesburgh. The tavern passed through a series of owners in the nineteenth century and was variously known as Offutt's Tavern, Cole's Tavern, and the Black Horse Tavern. (It is now often called the Offutt-Cole Tavern.) The log section of the building dates to about the 1780s and the brick section to 1802. When the road from Versailles to Midway was completed in the 1840s the former tavern became a toll house. A store at the crossroads was operated by the Nugent family and the site became known as Nugents Cross Roads.

A Nugent post office operated from 1884 until 1886, when it moved east to the new station on the Versailles and Midway Railway and was renamed Wallace Station.