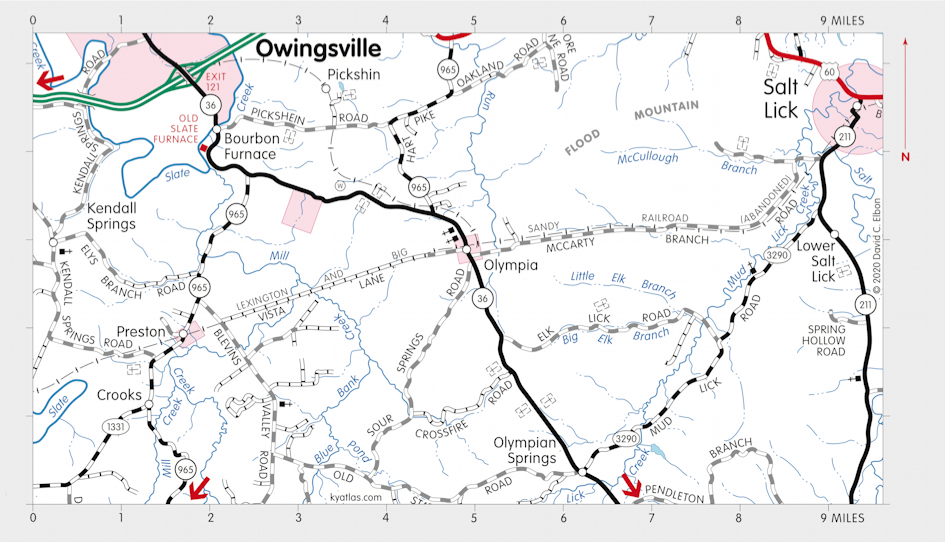 Olympia is a Bath county community located on KY 36 about four miles southeast of Owingsville. It was established about 1876 as Puck and a post office with that name opened in 1881. In 1882 the post office was renamed Olympia, for nearby Olympian Springs. Olympia was incorporated in 1882, but was later dissolved.

Olympia was the southern terminus of the Owingsville and Olympia Railroad – six miles long – that operated from about 1915 to 1918.