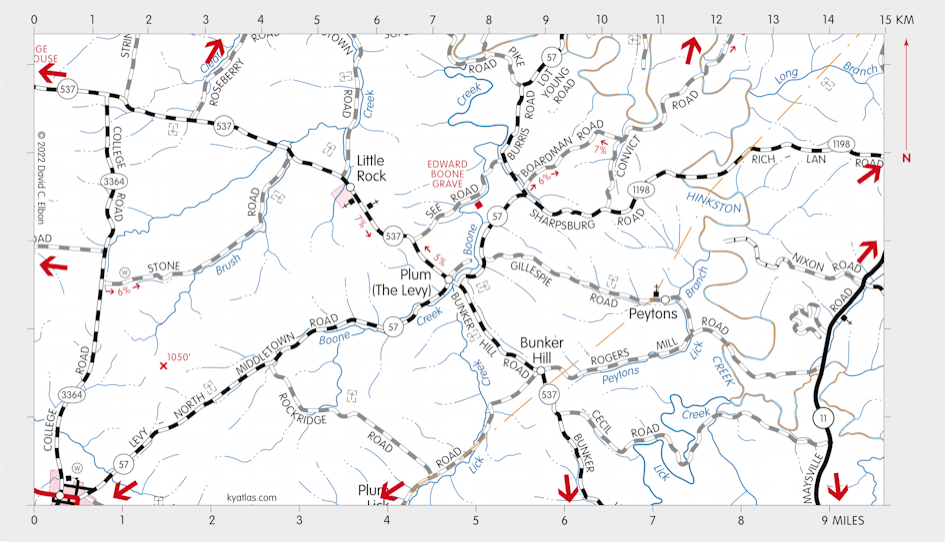 Plum is a Bourbon county community located at the confluence of Plum Lick Creek and Boone Creek about 11 miles east of Paris. The name Plum is said to come from a grove of plum trees. Plum Lick Creek is said to have been named by Daniel Boone, who was carrying plums when he first arrived in the area. The community was originally known as Pinhook, for reasons unknown, and has since become known as The Levy.