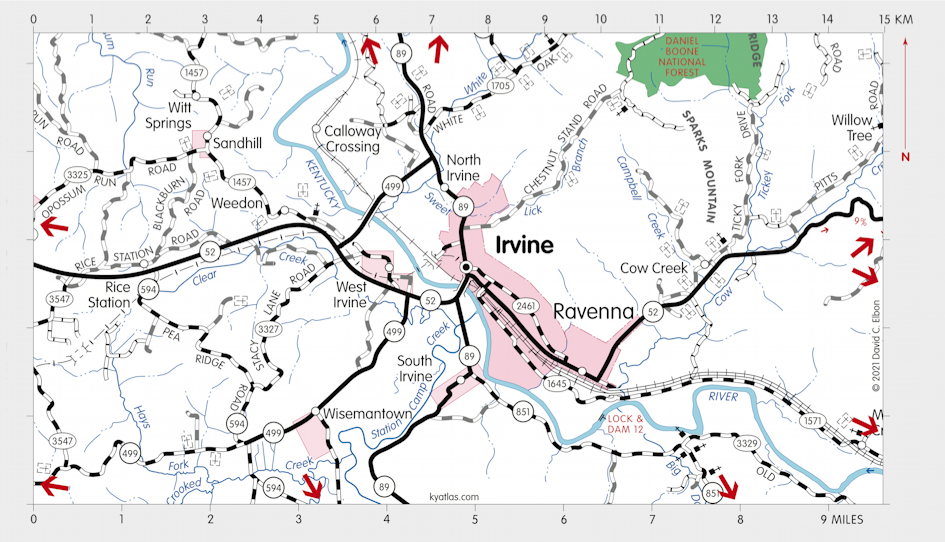 Ravenna is an Estill county city just southeast of Irvine. It was founded in 1915 around the yard and maintenance shops of the Louisville and Nashville Railroad and named for Ravenna, Ohio. The population peaked about 1930 at 1,189. The railroad converted from steam to diesel in the 1950s and the shops were no longer needed. Ravenna was incorporated circa 1920. The Ravenna post office operated from 1916 until 1972. The population in 2010 was 606.