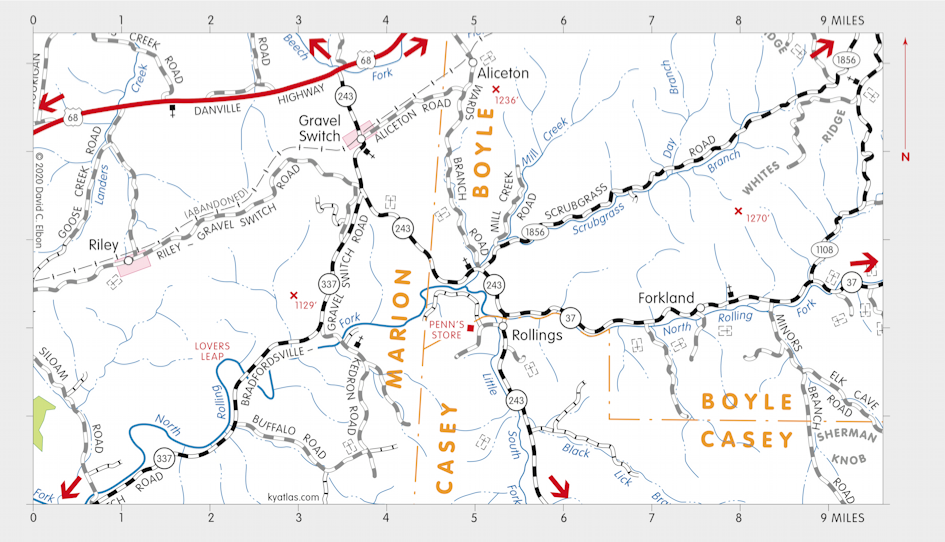 Rollings is a northern Casey county community on the North Rolling Fork at the mouth of the Little South Fork about 20 miles north of Liberty. William Spragens, who had moved to the area from the South Rolling Fork, opened a store about 1845. He sold his store to Gabriel Jackson Penn in 1850 and Penn's Store is still operated by his descendants. The Spragens post office operated in 1848 and 1849. The Rollings post office opened in 1882, closed in 1883, reopened in 1886, and closed in 1913.