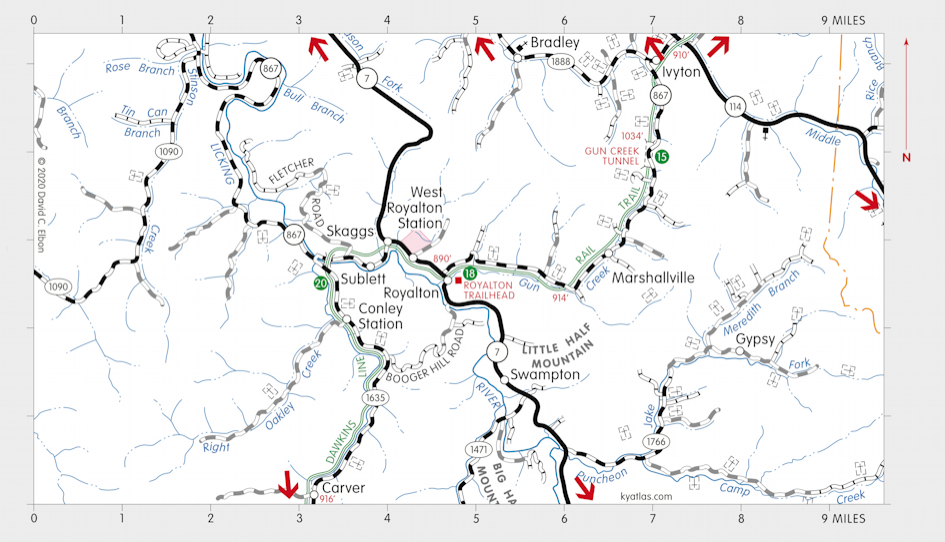 Royalton is a Magoffin county town about five miles southeast of Salyersville at the mouth of Gun Creek on the Licking River. It was established as a company town early in the twentieth century by the Dawkins Log and Mill Company and named Royalton for the Royal Bank of Canada, a backer of the Dawkins company. The Royalton post office opened in 1920.

Royalton has been designated a Kentucky Trail Town. There is a trailhead for the Dawkins Line Rail Trail in town.