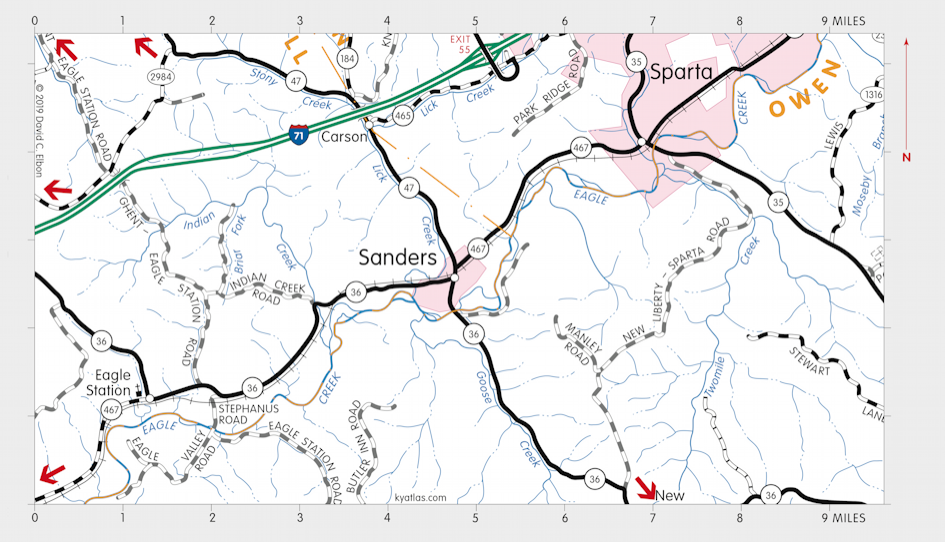 Sanders is a Carroll county town on Eagle Creek about 11 miles east of Carrollton. It was settled by the early nineteenth century and was known from an early time as Rislerville, for a local storekeeper, and Sanders Mill, for a local family of millers. The town was included in Gallatin county until the boundaries were adjusted in 1872. A Sanders Mill post office operated briefly around 1816. A Bramlette post office, perhaps nearby in Gallatin county, operated around 1865. When the Cincinnati and Lexington railroad arrived in 1867 the station was called Dixie, but it was renamed Liberty Station for the nearby town of New Liberty. It was incorporated in Gallatin county in 1871 and in Carroll county in 1882. The town was renamed Sanders in 1874 and the post office was renamed in 1884. The population in 2010 was 238.