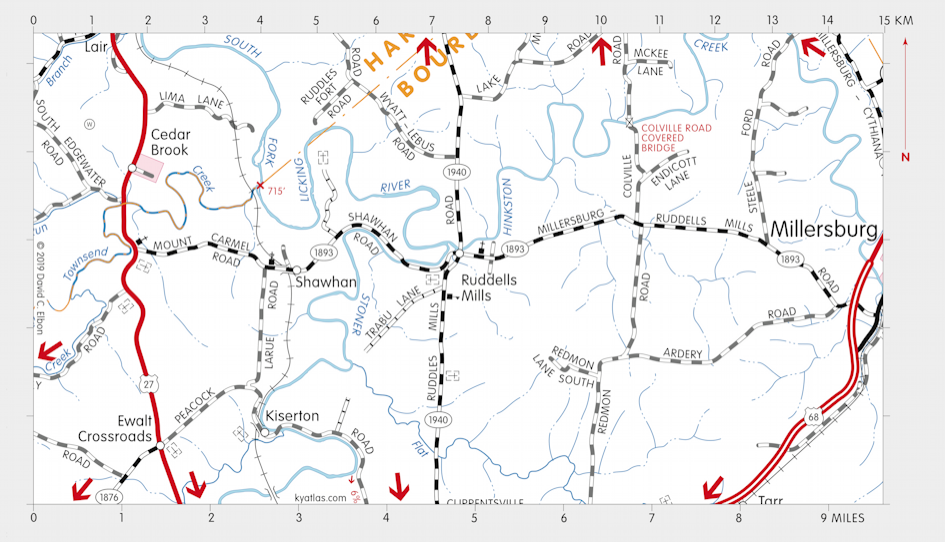 Shawhan is a Bourbon county community on what was once the Covington and Lexington Railroad near Stoner Creek. A Townsend post office, named for Townsend Creek, which was named for John Townsend, opened in the area in 1854 and moved to the new tracks the next year. The station and post office were known as Lilley's Station, named for George Lilley, the postmaster. In 1857 they were both renamed Shawhan to honor pioneer Daniel Shawhan. The post office closed in 1955.