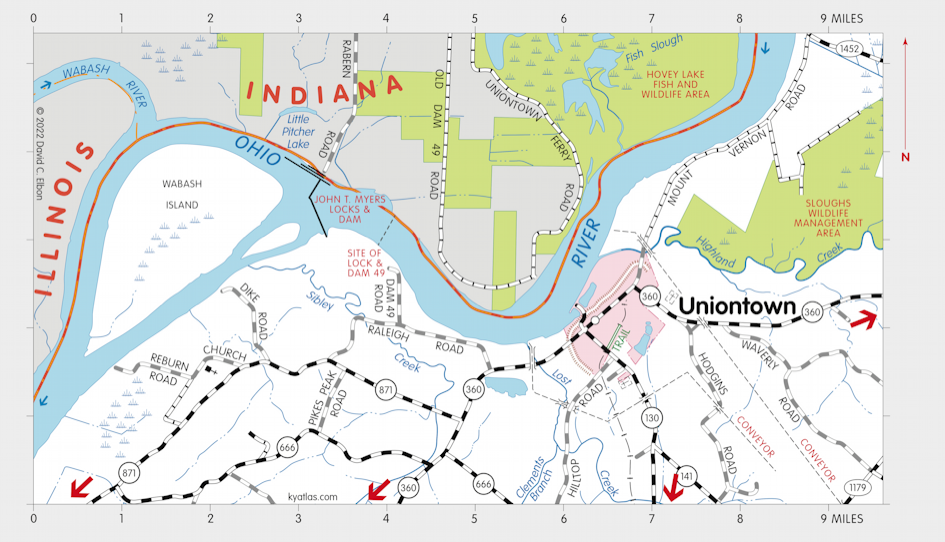 Uniontown is a Union county town on the Ohio River about five miles north of Morganfield. Settlements were established on the site by 1790 and were variously known as Mouth of Highland, Carthage, and The Rocks. Adjoining towns called Francisburg and Locust Port were incorporated by 1839 and were combined to form Uniontown in 1840. It was once a busy river port including a ferry, but it was bypassed by the railroad and began to decline. It suffered a major tornado in 1932 and flooding in 1937.