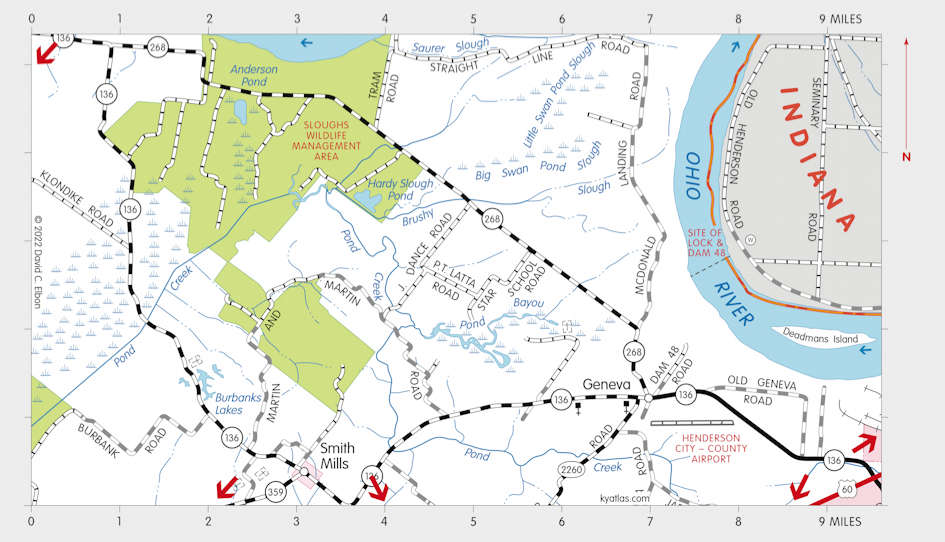 Geneva is in Henderson county about eight miles west of Henderson. It is said to have been settled by people from Geneva, Switzerland. The community was originally known as Cross Roads and Walkers, for a local shopkeeper and the first postmaster.

The old Ohio River Lock and Dam 48 was near Geneva. The upstream dam 47 was at Scuffletown and the downstream dam 49 was near Uniontown.