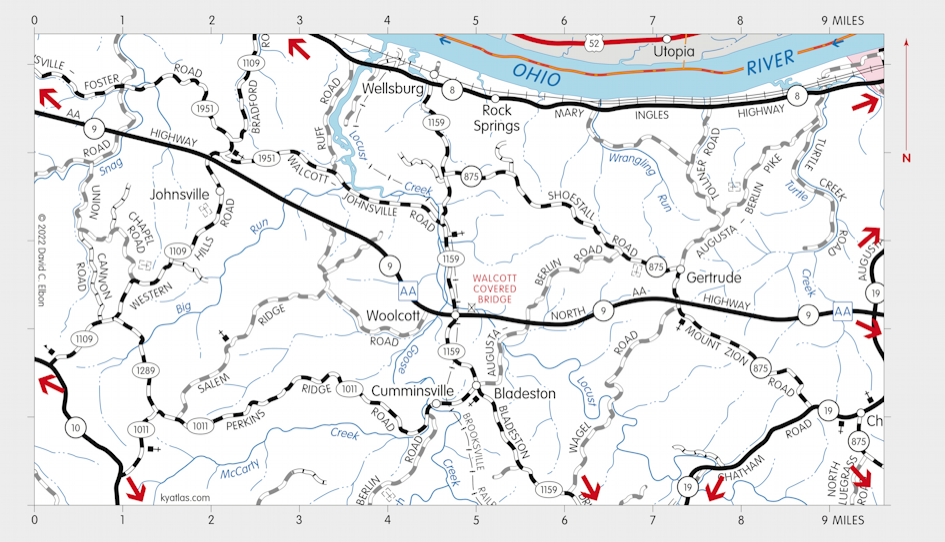 Woolcott (or Walcott) is a Bracken county community about four miles northwest of Brooksville. The original settlement may have been known as Cedar Fork and later Murray, for James Murray who had a store and mill at the site. It later became Murray's Station on the Brooksville and Wellsburg Railroad.

Woolcott is the site of the Walcott covered bridge, also known as the Woolcott or Whites bridge.