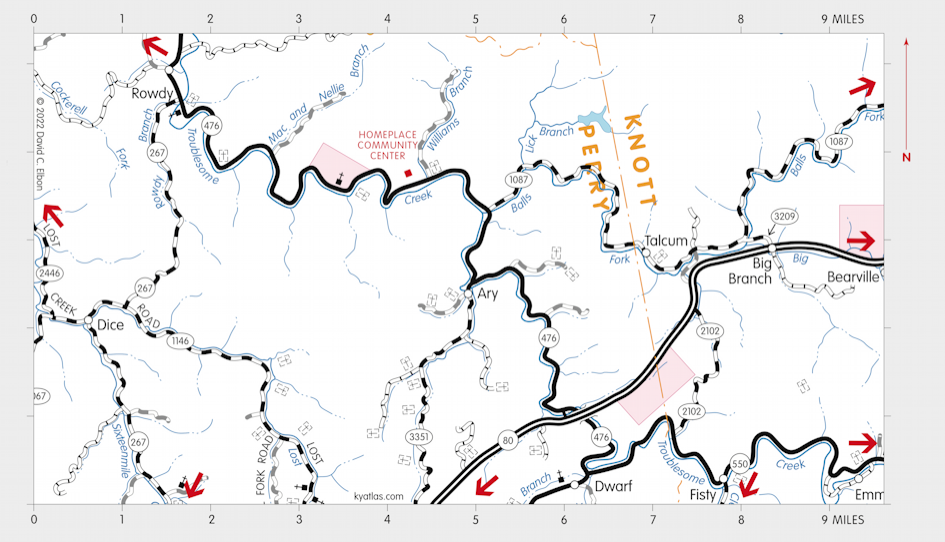 Ary is a Perry county community on Troublesome Creek about 13 miles northeast of Hazard. The origin of the name is obscure.

The Mowbray-Robinson Lumber Company operated in the area beginning circa 1908, eventually building sawmills at West Irvine and Quicksand and a narrow gauge railroad from Quicksand to Jackson. The timber was mostly gone by 1922.

Edward Robinson created the E. O. Robinson Mountain Fund to promote education and development in the area. A large tract was donated to the University of Kentucky which became the Robinson Forest with headquarters in Quicksand.

Robinson funded the purchase of a farm near Ary circa 1929 which became the Homeplace Community Center. It included a number of facilities including a hospital that operated from 1949 to 1968.