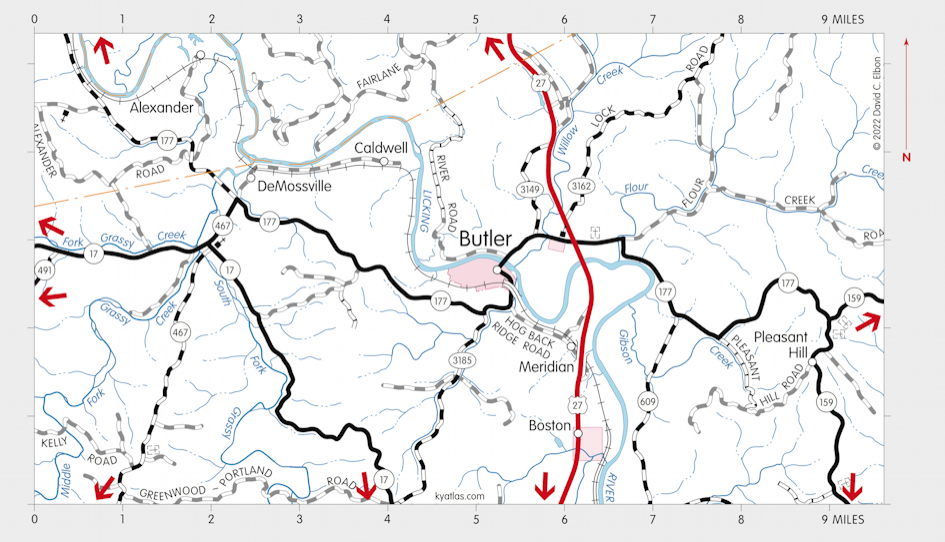 Boston is a Pendleton county community on the Licking River about seven miles north of Falmouth. The town grew around a sawmill that the Licking River Lumber and Mining Company built in the 1850s and included a station on the Covington and Lexington Railroad. It was named for Boston, Massachusetts, home of the stockholders of the company. It was also known as Lynn or Lynn Station for reasons that are now obscure. The sawmill moved to nearby Butler around the end of the nineteenth century.

The Meridian post office moved to Boston from a mile north in 1860 and was renamed Boston Station. It closed in 1922.

There is also a Boston in Nelson county.