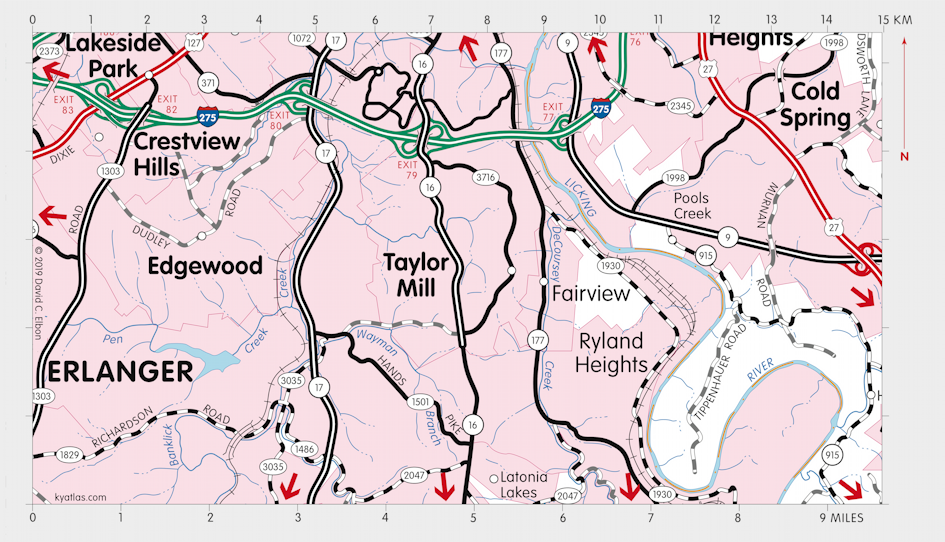 Fairview is an eastern Kenton county city on the east side of Covington and near the Licking River. Fairview was incorporated in 1957 and has never had a post office. The population in 2010 was 143.

There are other places named Fairview in Kentucky, including the community of Fairview in Christian and Todd counties.