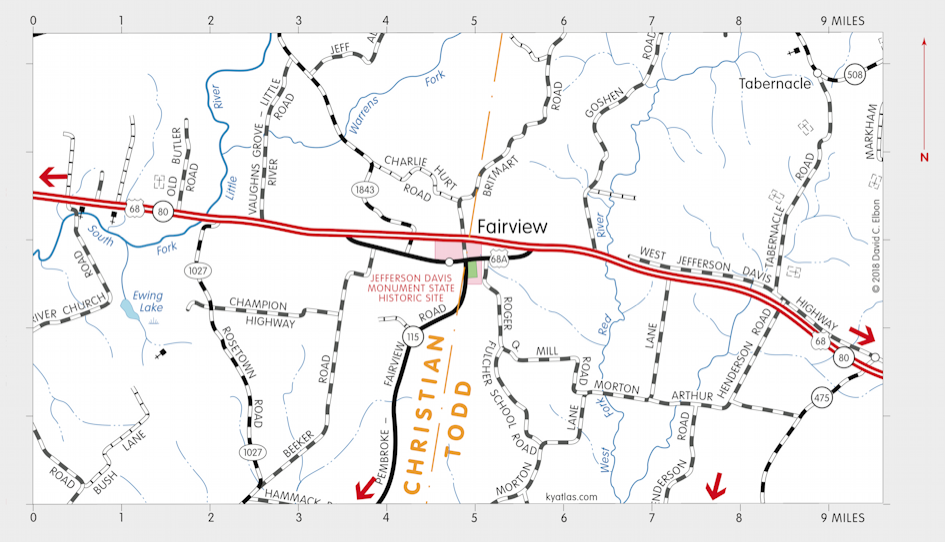 Fairview is a town on the boundary between Christian county and Todd county, about midway between Hopkinsville and Elkton. It was founded about 1793 by Samuel Davis who opened a Davistown post office in 1802. His son, Jefferson Davis, who became president of the Confederate States of America, was born here in 1808 and is commemorated by the Jefferson Davis Monument State Historic Site. The settlement was also known as Georgetown for tavern keeper George Nichols. The Fairview post office opened in 1846. The population of the Fairview Census Designated Place was 286 in 2010, with about 2/3 on the Christian county side. 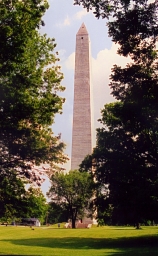 The Jefferson Davis monument in Fairview was completed in 1924. The 351-foot tall obelisk is made of concrete that was produced on the site and rests on a foundation of local limestone.