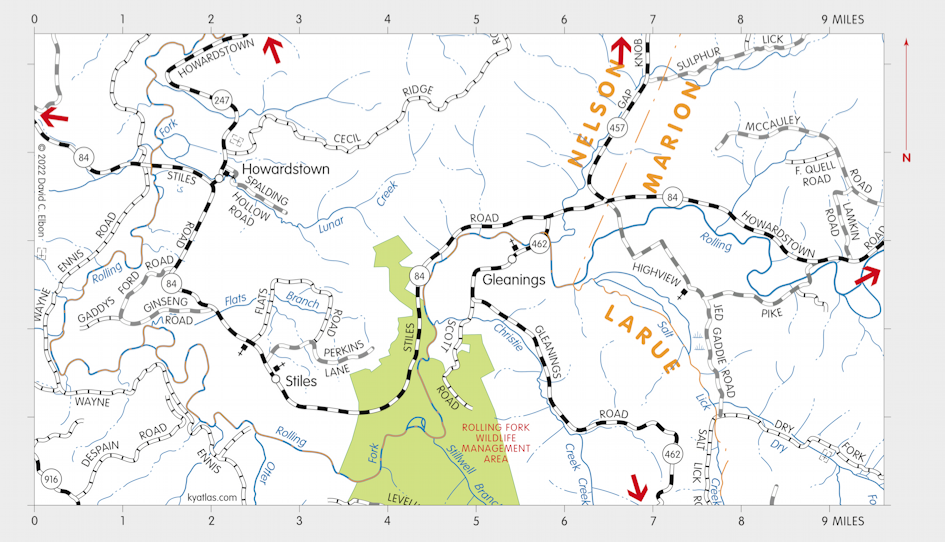 Lystra was a proposed town that was to be located near the Rolling Fork of the Salt River, possibly in what was then Nelson county. It was planned about 1794 and lots where to be sold from an office in London (England), but the town wasn't built. It is difficult to precisely locate the site. The latitude and longitude given by Winterbotham in his American United States would be near Munfordville in what is now Hart county, but that is nearer the Green River than the Rolling Fork. Collins, in his History of Kentucky, locates it between Otter and Salt Lick creeks, which would be near Gleanings in what is now LaRue county or nearby in Nelson or Marion county. In 1794 most of the area would have been in Hardin or Washington county. Other possible locations are on the Green River south of Greensburg in modern Green county and on the Rolling Fork southwest of Lebanon in Marion county where New Market was later established.

From William Winterbotham's An Historical, Geographical, Commercial, and Philosophical View of the American United States and of the European Settlements in America and the West-Indies published in London in 1795.

The township of Lystra contains fifteen thousand acres on the rolling fork of Salt river, in about 37 1/4° north latitude, and 85 1/2° longitude west from London. The town is laid out on the South creek of the above fork, on a very eligible plan, combining every thing necessary for utility and ornament.