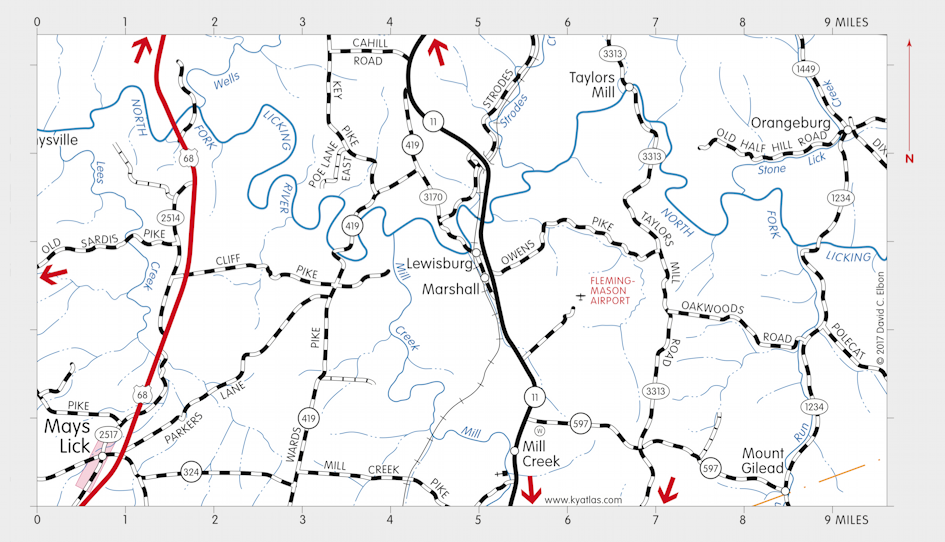 Lewisburg is a Mason county community about six miles south of Maysville on KY 11 at the North Fork of the Licking River. It was settled by George Lewis in 1789 at the site of George Clark's 1787 station and became known as Lewis Station. The town was established in 1795. Marshall's Station on the Maysville and Lexington Railroad opened nearby in 1873, named for Alexander Marshall. A North Fork post office opened in 1828 and closed in 1932.