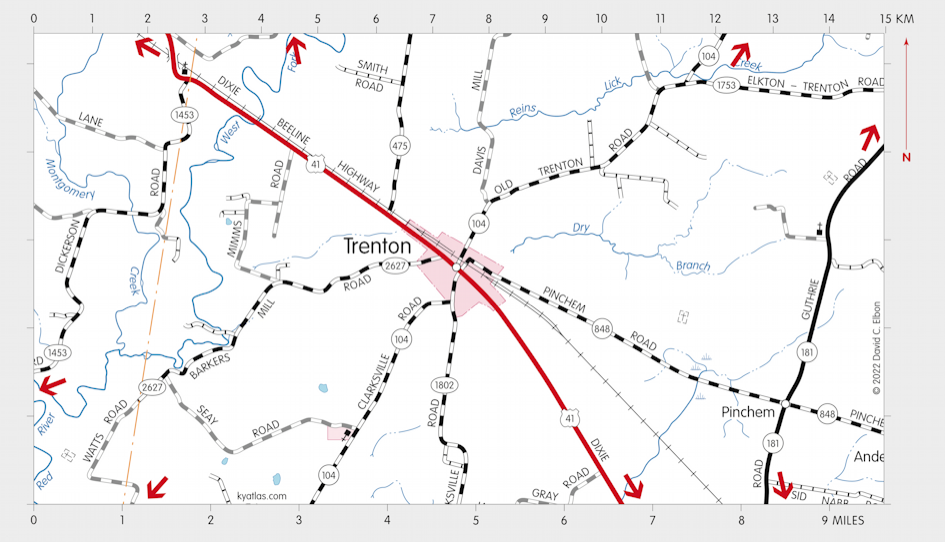 Trenton is a Todd county city on US 41 and KY 104 about six miles southwest of Elkton. Settlement probably began circa 1796 and a town known as Lewisburgh or Lewisville was established by Lewis Leavell 1819. Since the Lewis name was already in use elsewhere the post office opened as Trenton in 1819. The source of that name is not known. Trenton was incorporated in 1840. The population in 2010 was 384.