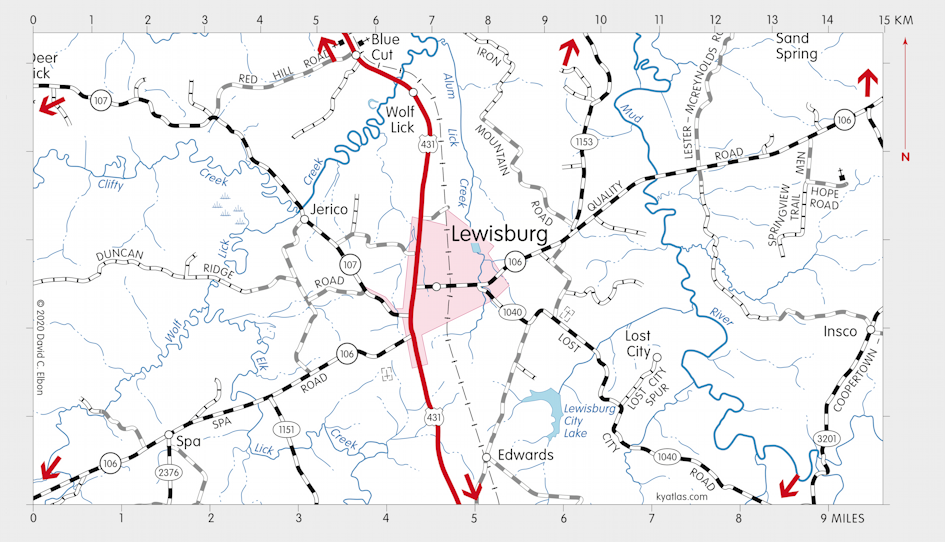 Lewisburg is a Logan county city about seven miles north of Russellville on Alum Lick Creek. The town was established in 1872 with the arrival of the Owensborough and Nashville Railroad and was named for Eugene Lewis, chief engineer. Lewisburg was incorporated in 1878. A Henrysville post office opened in the area in 1852, named for the postmaster, and moved to Lewisburg in 1877. The population in 2010 was 810.