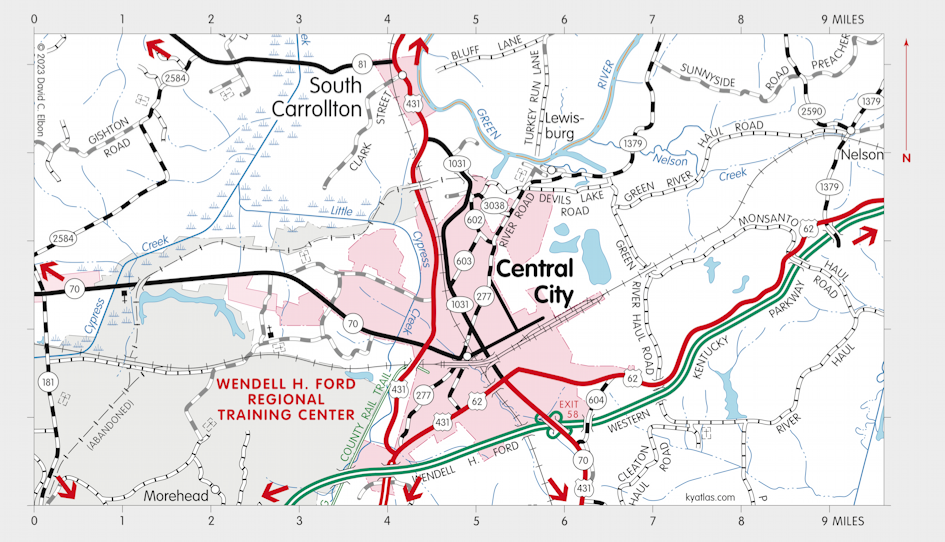 Lewisburg, or Lewisburgh, was a Muhlenberg county town on the Green River near the end of what is now KY 277 outside of Central City and about seven miles north of Greenville. It was established as a river landing circa 1800 by Lewis Kincheloe and was known as Lewisburg or Kincheloe's or Kincheloe's Bluff. It was incorporated in 1825. The Lewisburg or Lewisburgh post office opened in 1805 and moved to nearby South Carrollton in 1848.